Anigas, the National Association of the Gas Industry, represents all the companies, regardless of their constitution, that are engaged in any one or more of the following activities: storage, transportation, distribution, sale of natural gas on the consumer market, wholesale, trading and regasification of liquefied natural gas.

The association was founded on May 9, 1946 as ANIG, and has, since then, been a member of Confindustria (Confederazione Generale dell'Industria Italiana). Since its inception, the main objective has been to protect and support the interests of member companies, conduct labor union activities, promote and foster understanding and create consensus on economic aspects.

Roughly 70 companies are represented within Anigas, which has a workforce of 11,500 employees. Among the members are the largest industry players, as well as small and medium-sized companies, which together represent more than 60% of the Italian gas market.

Member companies distribute over 50 billion cubic meters of gas each year for public use, small crafts, commercial and industrial applications.

The same member companies that serve 13 million customers throughout Italy, are present in more than 4,000 municipalities both large and small, including several provincial capitals such as Rome, Naples, Turin, Florence, Taranto, Venice, Piacenza, Rimini and Avellino.

Anigas adheres to the mission of Confindustria and as a governing association of the sector, protects and expresses the interests of member companies and represents them at the institutional level.

The Mission of Anigas aims to:

The Association, not for profit or of a commercial nature, may also promote or participate in entrepreneurial activities for the purpose of better achieving these goals.

Anigas, National Association of the Gas Industry, represents all the companies in whatever form constituted that are engaged in the storage, transportation, distribution, sale of natural gas on the consumer market, wholesale, trading and the regasification of liquefied natural gas.

With nearly 70 member companies ranging from the major operators of the sector to mid-level and small companies, and comprised of 11,000 employees working in the industry, Anigas represents over 60% of Italian gas market.

The Association was founded on May 9, 1946 as ANIG, and since then has been a member of Confindustria. Since its inception, the main objective is to protect and support the interests of member companies, conduct trade union activities, and to promote and foster the understanding and agreement of economic aspects.

In the late '90s when the gas market in Europe, particularly in Italy, was entering an historical period of great change, Anigas assumed an increasingly crucial role in the economic growth and social development of communities through the development and modernization of the sector’s network services; a prerequisite for an advanced society that wants to face the challenges of a unified market and internationalization.

The path of the Association from its origins

The Association, then called ANIG, was formed in 1946 just after the war ended with the objective: “to protect and sustain the interests of member companies, to support and facilitate in every way the reconstruction of the firms affected by war, to conduct union activities, to promote and foster understanding and agreements of an economic nature."

The gas industry was committed to the reconstruction and reorganization of the industry, after the destruction and damage of war. The distributed gas was generally obtained by the distillation of coal, supplied by private companies, and was largely managed by the Association.

In 1946, the year of the advent of methane, the problem of using large-scale natural gas led toward the gradual transition to methane gas distribution, in conjunction with, or in some cases replacing the gas from coal distillation. ANIG promoted this technical innovation. In 1949, in the final year of the post-war reorganization, a national tariff system was instated that unified the cost of production and distribution.

During the fifties, the number of distributors of methane increased due to the development of new categories for its use, particularly that of domestic heating. The National Association of the Gas Industry, with an amendment of law, extended representation to companies or groups of companies that distributed natural gas through pipelines.

The sixties saw strong technological developments in production, thanks to the central and southern fields of the peninsula, the massive discoveries of natural gas in North Africa, and distribution of gas in the city. Besides the great discoveries of natural gas deposits underground in the Netherlands and in the adjoining North Sea, the availability of methane increased because of two important initiatives of Snam: the importation of natural gas from Libya and the Soviet Union.

Anigas allied with the members of the Association to protect their interests and concerns of service issues with the new landscape.

In the seventies, the greater availability of methane revealed an immense reliance upon natural gas in the chemical and steel industries with a wider diffusion of this energy source to the end consumer market. In 1973, there were 1,090 municipalities using gas in comparison to 175 in 1969. The methane conversion initiated in southern Italy at the end of the decade thanks to the innovative installation of the Snam Transmed pipeline for the transport of Algerian natural gas, and entered the final stages of planning, construction and facilities management.

Issues related to the renewal of employment contracts were of paramount importance to the Association.

From crisis to economic recovery

A lengthy economic crisis was characteristic of the first part of the eighties: a crisis stemming from tough international competition and a colossal progression of technological innovation that fundamentally changed the structure of employment.

The eighties began with the commencement of methane consumption in the South. Among the 351 municipalities involved in the first phase of this process in 1985, 222 of them entrusted the companies of the Association for the development and management of their gas distribution systems. With the launch of an insightful program for the use of natural gas in residential and tertiary thermal power stations, the Italian Gas Industry gave the greatest contribution to the implementation of the fundamental objectives of various governmental energy plans: the reduction of the dependence on oil.

The associates of Anigas increased in number as important companies joined the Association from Southern Italy.

The years of change

In the second half of the nineties, the European gas market, and particularly in Italy, entered an historical phase of great change. The European Union gas & electricity directives shaped the Europe of 2000, and accelerated with specific time frames, the evolutionary stages with the objectives of greater efficiency, lower costs and lower prices. This changed the infrastructure, public policy and corporate strategies within the industry. In particular, on November 14th, 1995, by law no. 481, the Regulatory Authority for Electricity and Gas energy was established as an independent authority to regulate and control the electricity and gas sector, which became fully operational in 1997.

The Association prepared to face these new challenges by legally amending its constitution in 1998, and its acronym to Anigas (Associazione Nazionale Industriali Gas).

Before the Letta Decree was issued on May 23rd, 2000, the situation was riddled with the problems of a segmented market, and operators were forced to deal with two separate companies for distribution and network management.

After the Letta Decree of 2000, the market structure completely changed. Anigas responded to the reform by repositioning themselves with the operators to face the problems of distribution as well as gas sales.

Anigas participated from the beginning of confronting regulation, collaborated to express opinions through consultation, mediated between the needs of operators, until today, to become one of the most qualified partners.

New players entered into the free flow chain of the gas industry.

This page presents the organizational structure of representatives of the Association. 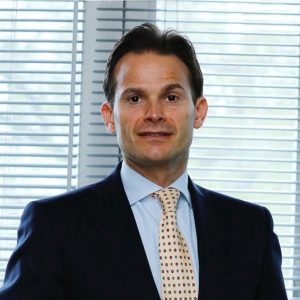 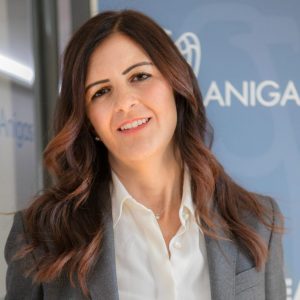